George Hodgkinson Barrow entered into negotiations with the Duke of Devonshire in 1838 for a new lease at the Staveley Forge. When it was signed, in June 1840, it gave him control of all the mines and beds of coal and ironstone in the manor of Staveley.

Although contemporary documents still describe George H. Barrow as the coal and ironmaster in 1842, his brother, Richard Barrow, had invested in the company and been involved in the management of the works for quite some time before signing his own lease, on 28th February 1843, and taking over total control of the business.

One of the conditions of both the 1840 and the 1843 leases was that the Barrows should build houses for the workmen.

Barrow Hill was still the village with no name in 1841. The Census enumerators schedule for 1841 describes the area as “That part of the Parish of Staveley by the name of Handley Wood, Hollingwood Common, the Iron Works, Canal Row, the Breck and White Lodge.” Dwellings were also listed at Staveley Forge, Cinder Hill, Handley Wood Forge and Common and Troughbrook. 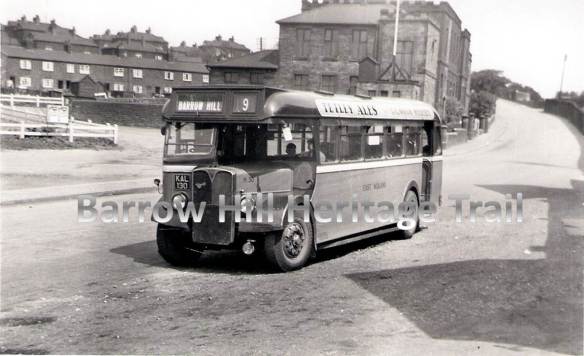 Devonshire Terrace (to the rear of the Memorial Club)

The first dwellings to be built were the 25 cottages at Devonshire Terrace, (not to be confused with the later Devonshire Cottages). The row was built between 1840 -1841, immediately after the signing of the 1840 lease, and each cottage cost £69 to build.  With just one door, they had windows to the front and rear and a row of brick-built ash-pans and middens ran behind, and parallel, to the cottages. At the end of the row were a small grocery shop and a butchers shop, with the slaughterhouse behind. For many years, the village butchers were the Fletcher family.

By 1842, the 21 cottages of East Railway Terrace  had been built. These dwellings were 30% larger than those on Devonshire Terrace and  cost  £72 each to build. Another terrace of 19 cottages was built alongside them around 1847-8. Initially listed in census returns as Brickyard Terrace, and later as West Railway Terrace, the cottages in this row cost £73 each to build. 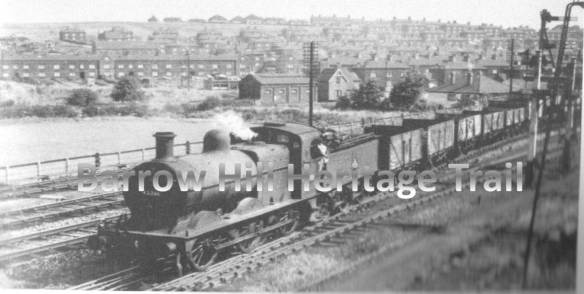 Together, the Railway Terraces were known locally as the “Long Row.” 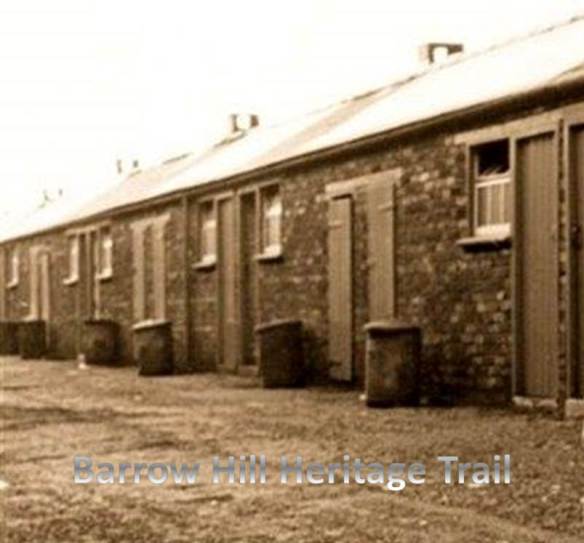 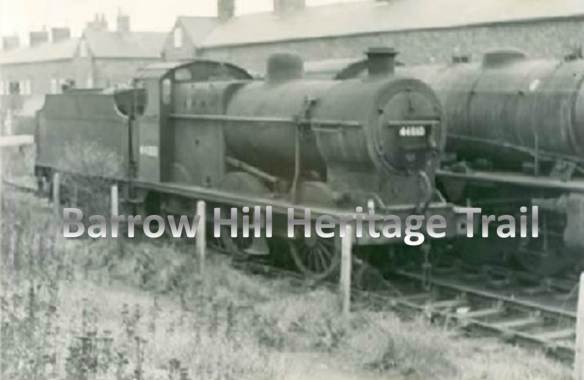 The Midland railway line ran in front of them and the Hopewell Railway ran immediately behind. 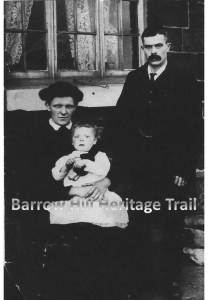 Closer to the ironworks, over the railway bridge, was Furnace Hill, a row of 13 cottages which once stood next to the Methodist Chapel. 5 larger  houses were built in a block at the end of the row and originally called New Furnace Hill. 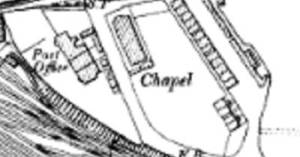 The Ashton family at Furnace Hill

Cavendish Place is the earliest surviving building in the village and was built in the early 1840’s as two houses. On the 1851 census, it is merely recorded as 2 additional houses on Furnace Hill, although evidence suggests that they were built as the homes of works managers. The occupants listed amongst the labourers and moulders at that time were William Blackburn, the overlooker of the mines and Henry Case, the Clerk of the Iron Works, both of whom employed servants. 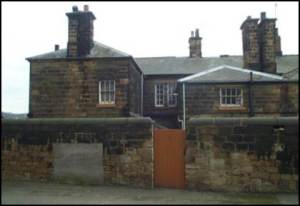 George Harry Knighton was the Foundry Manager at Staveley Ironworks (and for a short time at the Sheepbridge Company). The family photograph below  is believed to have been taken at Cavendish Place. (Source: Edward Knighton) 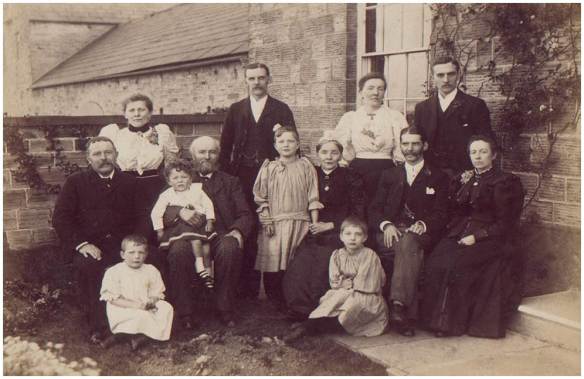 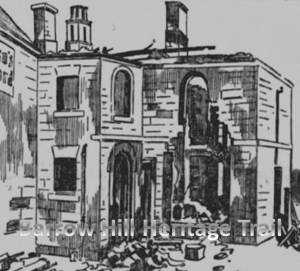 In February 1904, the occupants of Cavendish Place were evacuated when a fire broke out in the post office and damage was estimated at £1200. Until repairs were completed, post office business was conducted in the Methodist Chapel.

A Grade 2 listed building, Cavendish Place has recently been converted into luxury apartments. 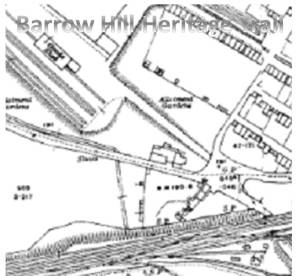 Three cottages, described in census returns as either Paradise Row or Railway Side, were built in the area then known as Solomon’s Pump, where the village joins the junction of the roads to Whittington and Hollingwood.

They are believed to be the cottages listed in the Staveley Company Housing stock list as “Salmon’s Row.”

The costings in this article have been taken from
“Barrow Hill and a Load of Bricks” by Cliff Williams.

If you can add to this history with information, photographs or corrections, please get in touch via our contacts page.