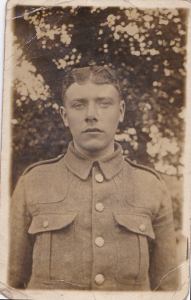 William Maddams Senior originally hailed from Shefford in Bedfordshire and his wife, Sarah, from Nottingham. They married in 1883, when both were 24 years old, at Wellingborough where their daughters Blanche, Ruby and Elsie were later born.

The family were living at Fairfield Road in Wigston Magna, Leicestershire in 1891 and William was in regular employment as a railway fireman.  Ten years later, William had progressed to being an engine driver and the family income was supplemented by the wages of 16 year old Blanche, a shoe machinist, and 14 year old Ruby, a hosiery yarn winder. Sarah remained at home to bring up her other daughter, Elsie, and their three younger children who had been born at Wigston; 9 year old WILLIAM REGINALD, 6 year old John Thomas and 2 year old Daisy.

Reginald followed his father onto the railways and was working as a locomotive engine cleaner when, aged just 17 years and 9 months, he enlisted in the Leicestershire Regiment (Special Reservists) for 6 years at Leicester on 11th March 1909 (10374). Records describe him as 5’6” tall, weighing 135lbs with grey eyes and brown hair. His religion is listed as Church of England. Reginald attended a special course of training in 1909 and further training in musketry in 1910 as well as attending annual camps with the Regiment.

Reginald’s career as a locomotive engine cleaner with the Midland Railway took him to the Staveley and Barrow Hill depot where, aged 19, he was one of two railway employees lodging at 91, Barrow Hill with the Vardy family in 1911. Coal miner Eli Vardy, his wife Sabina and 23 year old daughter Florence lived on the third row of block cottages in Barrow Hill and, like many other local families, took in lodgers to supplement their income. Reginald married the daughter of the family, Florence Vardy, at Staveley Parish Church on 17th July 1912 with her father Eli as a witness. Their son, William Leslie Maddams, was born on 9th December 1912.

At the outbreak of war, the 1st Battalion, Leicestershire Regiment, had been mobilised and arrived in France in September 1914 to reinforce the hard-pressed BEF on the Aisne before the whole army was moved north into Flanders.  Just a few months short of being time-served with the “Tigers”, Reginald had completed 5 years and 243 days of his 6 year term and was in the Special Reserve when he was posted to the 1st Battalion. He disembarked in France on 9th November and joined his battalion which then formed part of the 16th Brigade in the 6th Division.

Once the fighting of the First Battle of Ypres died down in November 1914, British units that had been holding the Ypres Salient were relieved by French ones. By December, the BEF had moved and was now holding a continuous sector of the Western Front from a little south of St Eloi, round past Armentières to Neuve Chapelle, past Festubert and to the La Bassée Canal at Givenchy. 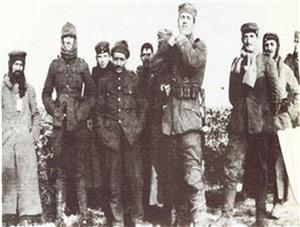 On Christmas Eve 1914, “British infantry are astonished to see many Christmas trees with candles and paper lanterns, on enemy parapets. There is much singing of carols, hymns and popular songs, and a gradual exchange of communication and even meetings in some areas. Many of these meetings are to arrange collection of bodies. In other places, firing continues. Battalion officers are uncertain how to react; in general they maintain precautions. The night brings a clear, still air with a hard frost.”

Reginald Maddams was one of the soldiers who took part in the Christmas Truce. Another Private in his regiment wrote that, “On Christmas Even, the distance between our trenches and the German trenches was 200 yards. The enemy had lighted up their trenches with Christmas lanterns, and both sides were singing carols. One of our fellows shouted to them,   ‘Why the – don’t you take a tip, and chuck it’ and they shouted back, ‘ Come over to see us’. Presently both sides were out of their trenches, shaking hands and exchanged tobacco for cigarettes and chocolate. Four of us went over and were met by six Germans, in front of their trenches. They gave us cigarettes, and buttons off their jackets as souvenirs. There was not a shot fired from 6.30pm on the 24th till midnight on the 25th. This was not an official armistice, but an understanding between the two parties concerned…On our right and left our guns were playing – with the enemy. The Germans who met us were mere schoolboys. To tell you the truth, I would have a scrap with six of the b…Their officers told them the war will be over in three weeks; in fact they wished the whole show was over.” He added: “These fellows are not to be trusted, and we think there is something behind this supposed friendship… The trenches are in a bad state; water up to the waist. I am in the best of health.”

In 1915 the division moved into the Ypres Salient to relieve troops that had fought in the Second Battle of Ypres. Reginald was wounded on the 8th June with a gunshot wound to his left shoulder and was out of action when his division joined the attack on Hooge. He was treated at the 5th Casualty Clearing Station before being admitted to the 5th Stationary Hospital where he remained for a few weeks. After his discharge from hospital, he was admitted to a convalescent camp at Rouen on 9th July 1915 after which he returned to the 6th Division Infantry Base Depot. On 29th July he was posted to an Entrenching Battalion before rejoining the 1st Battalion. The Entrenching Battalions acted as a halfway house between the infantry base units and the battalions at the Front and carried out labouring tasks, especially trench construction, within the combat zone.

On 17th November 1915, the 1st Bn., Leicestershire Regiment, transferred to the 71st Brigade of the 6th Division. The following month, William Reginald Maddams was killed in action on 21st December 1915, aged 24. 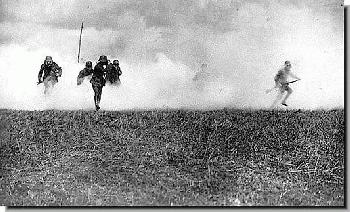 The 1st Battalion diary for that day records, “Shelling continued all night 20th/21st till almost 7am when wind changed and went round to “SAFE” Germans at once stopped shelling. (Probably the Germans had intended giving us another gas attack after the bombardment had the wind held) Remainder of the 21st December was pretty quiet. Gunners estimate that Germans fired 400,000 shells into 6th Div area alone during the bombardment. These numbers of course included the batteries etc in 6th Div area. Points to be noted re gas were (1) Gas very deadly. (2) Slightest defect in tube helmet is fatal – or almost fatal. (3) No time to be lost in putting helmets on. Two to five minutes was sufficient to kill a man who had lost his helmet. As the gas attack was expected (though date was unknown) all our bomb and listening posts in front line of trenches had been supplied with extra helmets so that one man could always wear a helmet. This precaution was needed because the gas travelled at such speed that men were almost overpowered at once. In fact men in the front line were about gassed before helmets could be got on so quick did the gas travel. Casualties 2nd Lt S.Hubbard sick, 16 suffering from gas, 4 sick. Total casualties 18th to the 21st A Coy 3 killed, 6 died of gas, 4 wounded, 53 suffering from gas. 3 sick. B Coy 9 wounded, 19 suffering from gas, 1 sick. C Coy 6 killed, 1 died of gas, 4 wounded, 6 suffering from gas. 1 sick. 3 missing. D Coy 2 wounded, 10 suffering from gas, 2 missing.”

Reginald Maddams is buried at the White House Cemetery, St. Jean-Les-Ypres (I. F. 15).

Correspondence reveals that his widow, Florence, was awarded a weekly pension of 15 shillings from July 1916. She received a memorial scroll in December 1919 and Reginald’s British War Medal and Victory Medal in July 1921.

Although his medal index card does not indicate a 1914 Star, Reginald’s qualifying date entitled him to this award which is listed in his service records.

*It is probable that Reginald’s younger brother was the John Thomas Maddams who served with the 3rd Brigade, Royal Horse Artillery (67297) and who arrived in France with the Cavalry Division on 15th August 1914. This soldier later became a sergeant and survived the war. 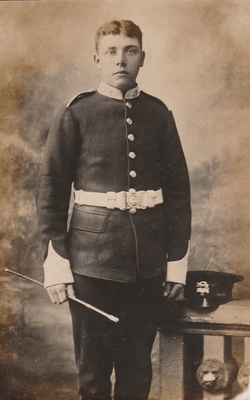